Popstars Shawn Mendes and Camila Cabello have called it quits. After dating for two years, the couple announced their breakup on November 17 in a joint statement. 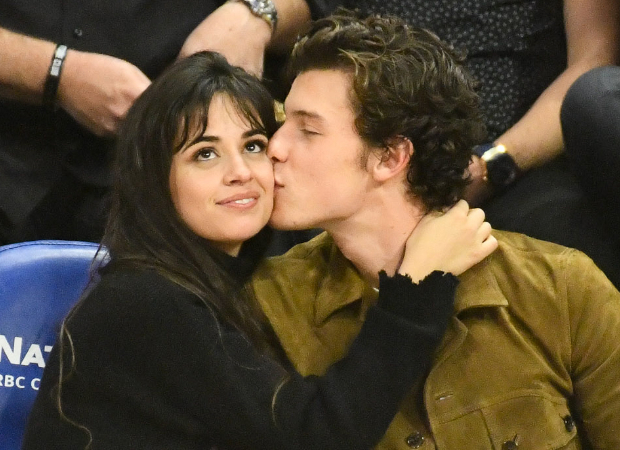 “We’ve decided to end our romantic relationship but our love for one another as humans is stronger than ever,” the singers each posted on their Instagram stories on Wednesday. “We started our relationship as best friends and will continue to be best friends. we so appreciate your support from the beginning and moving forward.” 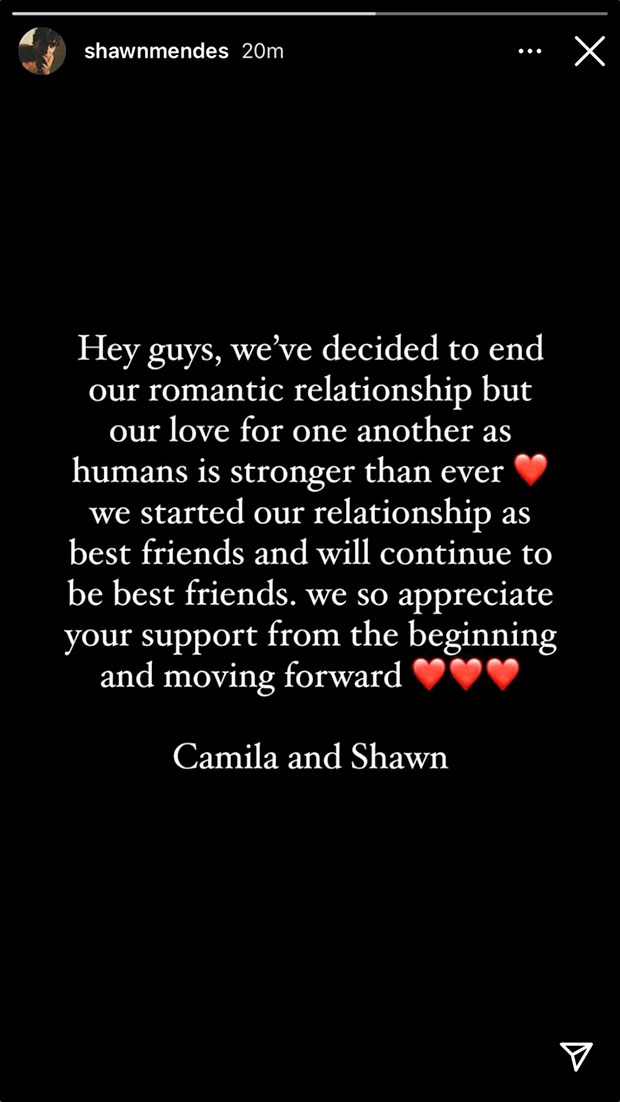 Mendes, 23, and Cabello, 24, were private about their relationship status for months in 2019 before confirming it in September that year with a sloppy makeout session after being poked fun at by netizens. “So we saw on Twitter … you guys saying stuff about the way we’re kissing and how it looks weird, like we kiss like fish,” Mendes said in the 2019 video. “Yeah, it really hurt our feelings,” Cabello said sarcastically with Mendes adding, “We just want to show you how we really kiss.” 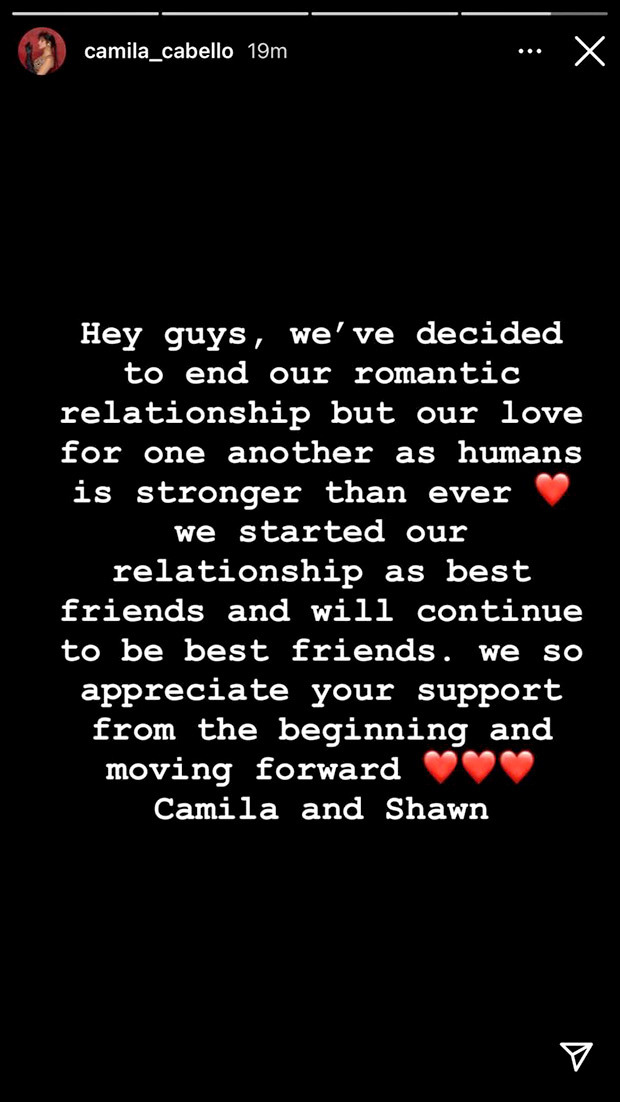 The couple attended the Met Gala together in September of this year. Camila Cabello last performed at the 2021 VMAs. She sang her new song ‘Don’t Go Yet,’ while Shawn Mendes performed his hit ‘Summer of Love‘ with Tainy. The pair even attended the Cinderalla premiere together in which Cabello played the lead role. They were last seen on a beach in Florida earlier in November 2021.

ALSO READ: Camila Cabello looks like an absolute dream as she arrives with beau Shawn Mendes for the premier of her movie Cinderella in Miami