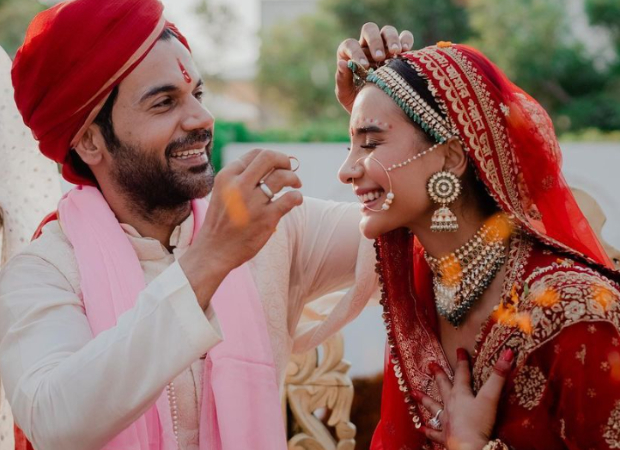 After 11 years of courtship, Rajkummar Rao tied the knot with his longtime love Patralekhaa in a dreamy and intimate ceremony in Chandigarh on November 15. The photos from the wedding are beautiful. In presence of family and a few friends, the couple hosted series of ceremonies before their wedding day. Those who thought that the couple will take their honeymoon vacation before returning to work, are wrong. Rao will return to work on November 18 to begin the shoot for Anubhav Sinha’s Bheed.

The filmmaker has already begun groundwork in Lucknow. According to a report in a daily, the director had planned the schedule in such a way that Rao will be able to begin his work right after his wedding. Understanding the director’s vision and why it would be great to shoot in November and December, Rao agreed to do the schedule before going on a honeymoon with his wife Patralekhaa. He is expected to land in Lucknow on November 17.

ALSO READ: Farah Khan shares pictures from Rajkummar Rao and Patralekhaa’s wedding; says it was the most beautiful and emotional wedding